Augustus Arnone is an adventurous pianist who has made a home at the edge of transcendental extremes in the modern repertory. His repertoire includes the complete works for solo piano by Milton Babbitt, Michael Finnissy's complete monumental eleven movement piano cycle, "The History Of Photography In Sound," as well as works by Cage, Xenakis, Stockhausen, Rzewski, Carter, Nono, Lucier, Feldman, Martino, Rakowski, Sierra, Campion and Eckardt. Composers who have written for him include Michael Finnissy, Robert Morris, Christopher Bailey, Yotam Haber, Elizabeth Hoffman, Jeff Snyder, Michael Klingbeil, Elizabeth Adams, Lou Bunk, Spencer Topel, and more. A stalwart champion of the ever controversial Babbitt, Mr. Arnone performed the composer's complete solo piano music on two occasions, first in 2008 at Merkin Concert Hall, New York City, and again in 2016, in honor of the centenary of Babbitt's birth year. He is currently recording the cycle for commercial release. Mr. Arnone has been presented at venues throughout Manhattan and Brooklyn including Merkin Concert Hall, the Issue Project Room, Roulette Concert Space, the cell, the Firehouse Space, Spectrum, and the Greenwich House..

Driven to a large extent by the writings of Marshall McLuhan, Mr. Arnone began the Collide-O-Scope Music series of collaborative concerts in the Spring of 2010 along with composers Stephen Gorbos and Christopher Bailey. The fundamental artistic directive behind these concerts was the simultaneous combination of numerous diverse media forms, both visual and aural, electronic and acoustic. Now in its Twelfth Season, the Collide-O-Scope Music concerts, besides featuring cutting-edge ambitious repertoire, have remained experimental and perceptually challenging, mingling the old with the new, and fixed compositional forms with improvisation and musique concrète. Collide-O-Scope Music's debut album, "Eidos," featuring music by Jason Eckardt, Robert Morris, Lou Bunk, and Yotam Haber, is now available for purchase at BandCamp.

Mr. Arnone completed his doctoral studies at Cornell University where he studied historical performance practice with Malcolm Bilson. During that time, he presented recitals using period instruments spanning the entire history of the piano, from eighteenth-century five-octave pianos to mid-nineteenth-century precursors to the modern piano. In addition, he was active as a musicologist, focusing research on the music of Brahms and the performing culture of the mid-to-late-nineteenth century. This led to the publication of two articles as well as lecture-presentations at a number of universities, and at the national meeting of the American Musicological Society. Mr. Arnone holds degrees from the Boston Conservatory, the University of Michigan, and a Doctorate in Musical Arts from Cornell University. Principal teachers include Malcolm Bilson, Marilyn Nonken, Jonathan Bass, Logan Skelton, Penelope Crawford, and William Heiles.

Mr. Arnone is also an expert piano technician servicing pianos in Central NJ since 2011. For more information or to make an appointment visit augustusarnone.com/pt.html 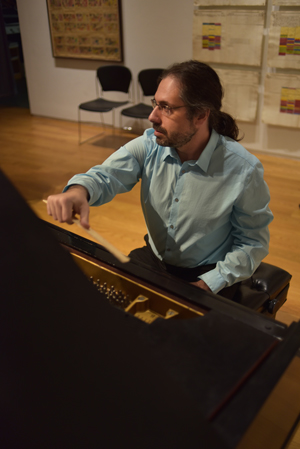 Augustus Arnone serves as Executive Artistic Director of Collide-O-Scope Music, a contemporary music collective that he founded in 2009. The group has been presented at some of the premiere contemporary music venues in New York City, including The Issue Project Room, Symphony Space, Roulette Concert Space, The Cell, and more. Now in its Twelfth Season, the group has offered an eclectic mix of newly composed works and essential classics from the modern repertory. http://www.collidemus.com

Mr. Arnone is currently working on a commercial recording of the complete solo piano works of Milton Babbitt. Arnone first performed this cycle of works in 2008, following it up a second time in 2015/16 in honor of the centenary of Babbitt's birth year. The recordings will be released as a three volume series on the Hanging Bell Records label, a new recording label dedicated to contemporary composition founded by Augustus Arnone. The first volume is projected for release in the Fall of 2022.

In April of 2022, in celebration of its Twelfth Anniversary, Collide-O-Scope Music will be presenting a gala concert featuring two new works written for the group by Eleanor Sandresky and Felix Jarrar. The concert will also include Mikel Kuehn's "Fünf Parabeln," a large-scale song cycle for Soprano and five instruments, as well as music by COSM co-directors Christopher Bailey and Lou Bunk.

Collide-O-Scope Music's debut album "Eidos" is now available for purchase at BandCamp. The album features music by Yotam Haber, Jason Eckardt, Robert Morris, and COSM co-director Lou Bunk. The album showcases a number of works composed for the group, including two quintets: Yotam Haber's "Estro Poetico-Armonico II," commisioned by the group through the Fromm Foundation for New Music, and Lou Bunk's "Fortune." Both quintets draw from the music of antiquity, with Haber's re-composing music of Benedetto Marcello, and Bunk's re-composing music of Machaut. Another work of Bunk's on the album is his delicately evocative work for two pianos, "A Shadow On The White," performed here by co-Director Augustus Arnone and the eminent contemporary music champion, Marilyn Nonken. Also on the album are two works by Robert Morris, "Yugen" and "Foray," the latter of which was composed for Arnone in 2016. Finally, the album includes the darkly provocative "Rendition," for piano and clarinet, by Jason Eckardt. This album is released on the Hanging Bell Records label.

Between 2014 and 2105, Mr. Arnone became one of only three pianists to perform Michael Finnissy's complete 11 movement piano cycle, "The History Of Photography in Sound." The performances took place over four concerts at Spectrum, New York City. The final concert, completing the cycle, was presented as part of a four concert festival with the composer in attendance. The festival featured performances by Michael Norsworthy and Daniel Beilman, with the composer at the piano, The International Contemporary Ensemble (ICE), Collide-O-Scope Music, and Arnone's solo recital, which was recently named to NY Classical Review's Top Ten Performances of 2015. A full review of the concert is available at http://newyorkclassicalreview.com/2015/03/in-arnones-hands-finnissys-piano-music-proves-spellbinding/

Milton Babbitt: The Complete Songs For Female Voice and Piano, with Soprano Elizabeth Pearse, plus solo piano music by Babbitt, Boretz, and Ravel

Music of Forshee, Boretz, and Arnone 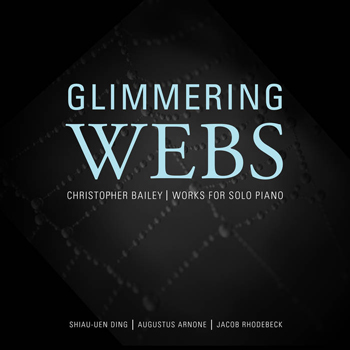 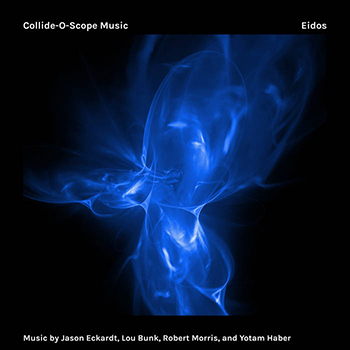 Music Of Changes
Etudes Australes Books I & II
One 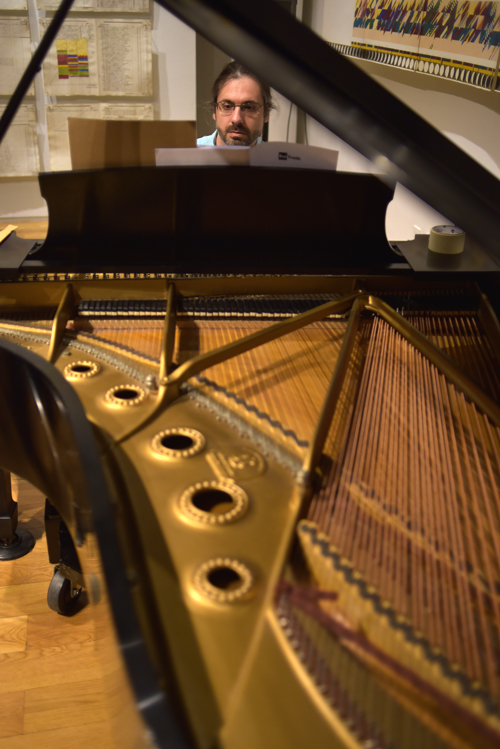